07/03/2017: Let's briefly discuss the altruism in context of the prisoner's dilemma from game theory, an interesting subfield of economics.

Dad was right. Achieving a state of euphoria in me is a quest suitable only to the wittiest and most resilient heroes there are. Or is it? Because how do you tell whether I have reached an euphoria, when I have no experience of it? It’s you who decides.

I have good times and bad times. Sometimes I am satisfied and peaceful, playful and subtly smiling. But I have never achieved the state of living by the moment. Simply enjoying the happiness regardless of circumstances. Is this because I am an over-thinker or because of my introversion? Is it a sign of being delusional? Paranoid? Might be all of it.

Alternatively, one could think more deep and relate to what happened in the past. How do my trust levels work? Despite my endless caring and altruism, people rarely gain my full trust. Because based on what I am used to, it has been quite often turned against me, effectively blaming myself for being naïve. In result of this, I question myself, and all the people around me, every step of the way. To identify and prevent failure. Or to cause it? And it is slowly starting to get over the top of my head.

It is the lacking trust in myself and my own abilities. Being the underdog for a major period of my life made me defensive in my own way. Sometimes I even do or say really horrible stuff to people I like or even love. Despite not being exactly a talkative person who thinks twice before speaking and stabs to the point where it hurts. Assassin. Silent, almost absent, straight to the heart at the point of a strike. There were times when it helped me but in the majority, it ends up hurting myself.

Another little suicide? Another punishment of my self for not being good enough. At least that’s the backward rationalization. Being selfless but still having feelings. Independent and self sufficient but still in need of an infinite amount of care and love. A vanguard with a wall-shield so heavy that it renders him unable to carry a sword. Why do I do this when there are other places to be?

I have questions to which I know the theoretical answers. Because that is what I do. I am an aspiring economist. But how am I supposed to use them in the real world, when the model gives me a general prediction of equilibrium and I always end up being an outlier, because of violating the assumption that every agent maximizes their own profit? 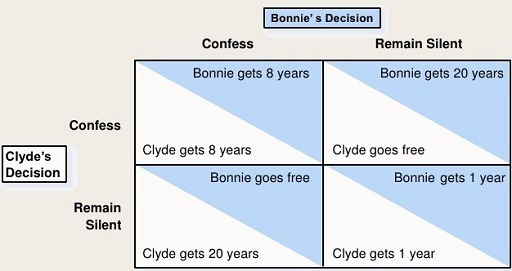 What is wrong about my hypothesis that in the prisoner’s dilemma, saying that Bonnie and Clyde both end up serving only one year in prison because they love each other and are willing to sacrifice for the other? Probably everything, right? Because that is how today’s world works. It’s not just open market economy, it is becoming an open-market society. And there you go, Sociology is not a science after all.

So, where do I go from here? How do I start acting in my own self-interest? How do I start to believe that I am good enough and that I am not an underdog anymore? All the fucking evidence points to it. I am able to get the things I want or need, after which I reach a conclusion that these either don’t really mean anything or that I don’t deserve them. I put them in the box or sadly play support in the game of life.

I don't want this to end up like that. I want to win this game and be the MVP (Most Valuable Player) for once. But they will complain about kill stealing and everything. I deserve it. I’ll go and play the mid-lane. Because that’s where you get the kills. Or maybe even ADC? I might actually still have a good support.

That's all a lot of gaming jargon. And economic jargon.

My favorite extrovert (the support) really did not deserve what I said yesterday.